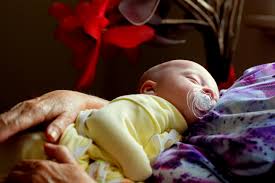 According to a British study that has spanned nearly three decades, childhood sleep problems could play a large role in mental health disorders that develop during the teenage years. Expert in Mental Health Disorders, Dr. Sam Fillingane analyzes the report:

Though the University of Birmingham recently published the study in JAMA Psychiatry on July 11, 2020, the data analysis was conducted over a period of nearly three decades.  In the 1990s, the team conducting the sleep behavior study analyzed data from more than 13,000 individuals.  Each participant in the study was initially a child between the ages of 6 months or 5.8 years at the start of the study.  Their parents collected and reported each child’s sleep behavior six times, total.

Participants who exhibited irregular sleep routines from 6 months on and often woke up in the middle at night at 18 months of age ultimately ended up being more likely to experience psychotic episodes as teenagers.  Those who received less sleep at night than the recommended period of time for their age between the ages of 3.5 and 5.8 years have been associated with developing Borderline Personality Disorder (BPD) as adolescents.

What’s perhaps most interesting about this study — at least, to Sam Fillingane, DO — is the link it creates with previously published studies.  From previous research, the medical community is already aware of the concept of childhood nightmares often correlating with both psychosis and BPD.